To honor Noble Deeds Day as set forth by Reno Mayor Hillary Schieve in 2019, Noble Studios’ philanthropic program, Noble Deeds, has selected Green Our Planet to receive more than $100,000 of pro bono digital marketing services in 2020. The Las Vegas-based organization was selected from nearly 50 applications submitted by Nevada nonprofits.

“We are psyched to work with a nonprofit STEM education organization that isn’t just impacting the state of Nevada, but the country as a whole,” said Season Lopiccolo, COO and co-founder of Noble Studios. “Their team exudes so much passion into the work they do, and we are proud to join the Obama Foundation, Tesla and many more organizations helping strengthen Green Our Planet’s ability to better educate tomorrow’s leaders in conservation and STEM for the benefit of the planet we all share.”

Green Our Planet is a nonprofit conservation organization that runs the largest and one of the most comprehensive STEM (science, technology, engineering and math) school garden and hydroponics programs in the United States. The organization was selected because of its mission to increase student academic performance in STEM subjects, and to conserve and protect the environment through project-based STEM education, which includes nutrition, financial literacy and conservation education in PreK-12 schools, particularly across Nevada in Reno, Las Vegas and the rurals.

Through Noble Deeds, Noble Studios, the battle-born creative digital performance marketing agency, donates hundreds of hours in services each year to nonprofit organizations making an impact in the state of Nevada. Selected nonprofits such as Crisis Support Services of Nevada, Great Basin National Park Foundation and the SPCA of Northern Nevada have previously received a wide array of digital marketing services including brand strategy, logo design, web development, UX/UI design, SEO services and more.  Over the course of the year, Noble Studios will work with Green Our Planet to create and implement a digital marketing strategy and launch a new website that will help solidify Green Our Planet as a national leader in the school garden movement.

“We were absolutely thrilled to learn that we had won the Noble Deeds Grant from Noble Studios,” said Kim MacQuarrie, co-founder and co-executive director of Green Our Planet. “Because our organization has begun to expand nationally, we had already decided that this year we would focus the majority of our energies on marketing and branding. However, we were lacking the resources and in-house skills to do so. Now, because of the Noble Studios grant, we have the help of a seasoned organization that can really help us deliver our nonprofit STEM programming to as many students in Nevada and other states as possible.”

Noble Studios and Green Our Planet will begin working together as soon as possible to help spread the word about this program to schools, volunteers, donors and more. 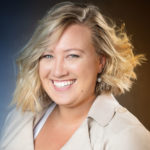 Shifting Health and Wellness Behavior in the Pandemic